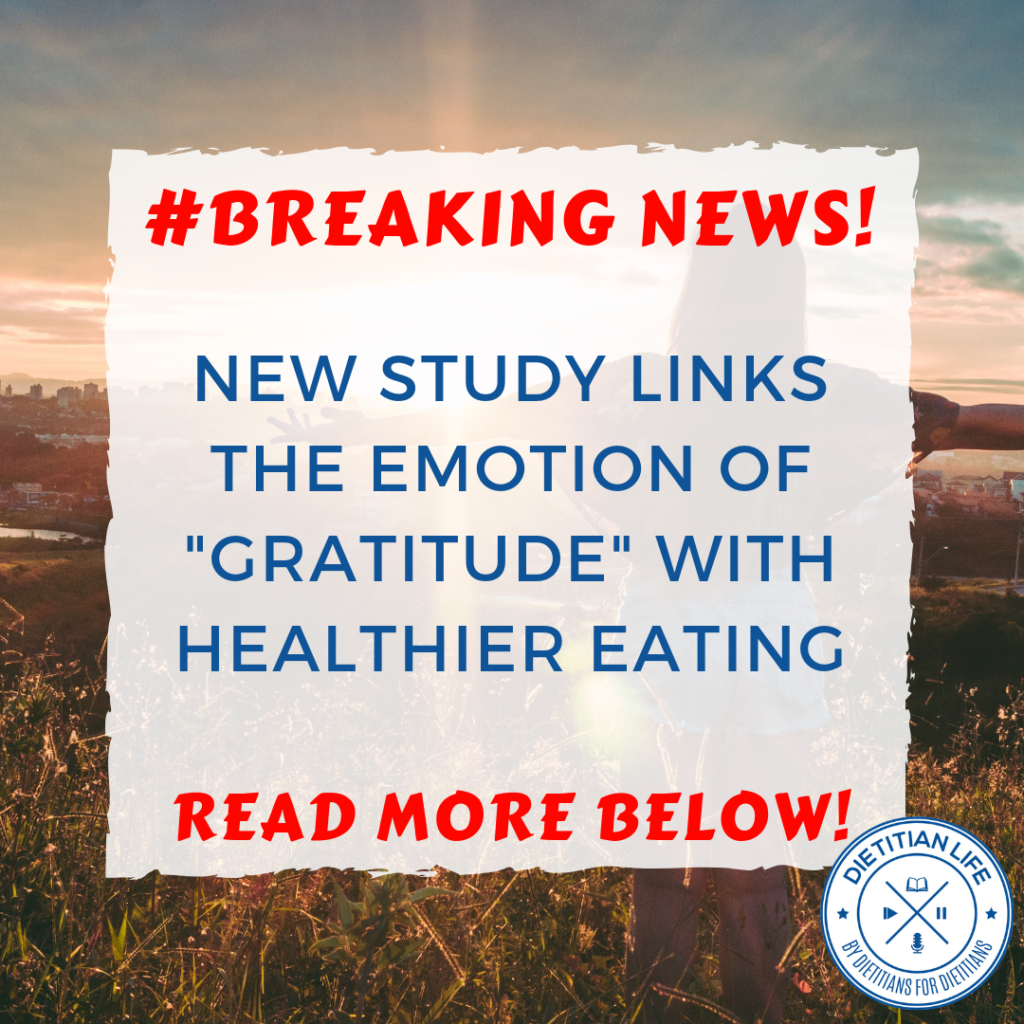 New research in the Journal of Experimental Social Psychology has discovered that gratitude can lead to healthier eating habits.

In the study, researchers split up 1,017 ninth- and tenth-grade students into four groups. Each group spent five minutes per week, over the course of a month, writing a letter on one of the following topics (the same topic week after week):

Participants were also instructed to spend 30 minutes per week improving themselves in the area associated with their writing prompt—health, academics, kindness, or organization. To further evoke the feeling of gratitude, the gratitude groups read gratitude testimonials and completed two additional gratitude writing prompts.

At the beginning of the experiment, the end of the month, and three months later, the students reported on their eating behaviors. For example, they indicated how much fruit, vegetables, fast food, and desserts they ate. At the end of each week, they also reported on their feelings: the extent to which they were feeling positive or negative emotions (like joy or worry) at that moment.

Ultimately, participants who wrote gratitude letters reported healthier eating habits at the end of the month compared to those who listed their daily activities. In fact, they had marginally better eating habits even three months after the conclusion of the study. Most notably, this was true for all the gratitude groups—not just the one who specifically focused on health.

The study further found that practicing gratitude led to decreased negative emotions, which consequently led to better eating behaviors. As many of us are aware, negative emotions—stress, boredom, sadness—can drive us straight to chocolate and junk food.